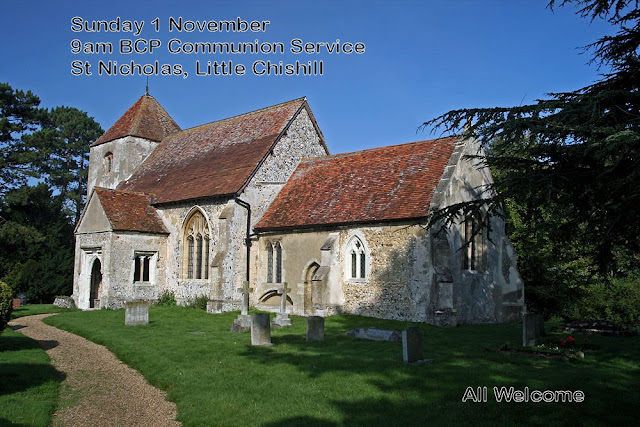 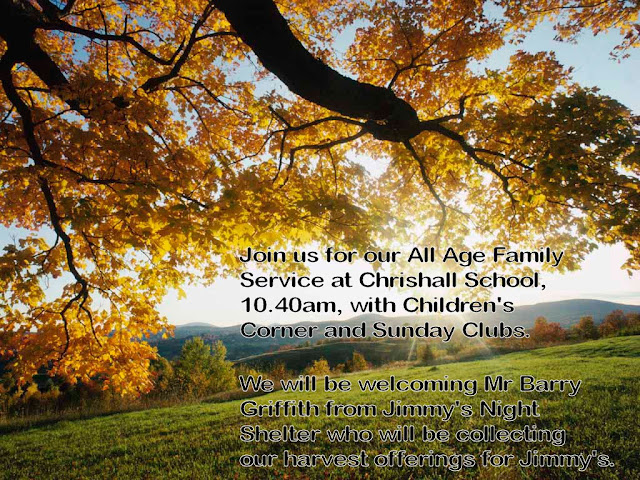 Posted by iwp.parishmanager@gmail.com at 10:12 No comments:

In the late 1980s, Brian Keenan was kidnapped in Lebanon and held hostage for nearly 5 years.  In his book ‘An Evil Cradling’ he tells of his months of solitary confinement before being joined by John McCarthy and Terry Waite. It’s a painful read.  His cell was just 6ˊ x 3ˊ and made entirely of cinder blocks. In the corner - a filthy mattress. And that was it.  His only activity of the day was a trip to the toilet (a cockroach infested hole in the ground) and then possibly a shower.  Then it was back to the cell to find his food for the day. Always bread and jam and a hard-boiled egg.

For the rest of his day there was nothing to do, nothing to read, nobody to talk to. He could only sit and stare at the grey walls. His only source of stimulus was his own thoughts. The experience drove him close to despair.  Then one day he arrived back in his cell to find something new on the floor:

‘But wait. My eyes are almost burned by what I see. There’s a bowl in front of me that wasn’t there before. And in it some apricots, some small oranges, some nuts, cherries, a banana. The fruits, the colours, mesmerize me in a quiet rapture that spins through my head. I am entranced by colour. I lift an orange into the flat filthy palm of my hand and feel and smell and lick it. The colour orange, the colour, the colour, my God the colour orange. Before me is a feast of colour. I feel myself begin to dance, slowly. I am intoxicated by colour. …such absolute wonder in such an insignificant fruit.’

This fruit that he’d never thought about before; that he’d always taken for granted, was suddenly so important to him.  His mind was opened, his perception changed. The fruit was no longer something to be eaten, but instead something to observe, a thing of beauty. That bowl of fruit was a gift to Brian which gave him back a small part of his humanity, it reopened his eyes to the world outside.
We are not deprived of our liberty; we are free to enjoy the beauty of the world around us.  Yet, we take so much for granted – the humble orange and so many wonderful blessing in this life. We fail to trace it all back to the source – the God who gives all life as his gift.

Another gift of a basket of fruit appears in our reading from Deuteronomy 26.  This time it’s an offering of the first fruits of the harvest following Israel’s possession of the Promised Land.  The command was to fill a basket and take it to the priest to set before the altar declaring: My father was a wandering Aramean...  Aram is modern day Syria...  And the AU gives a very poignant translation of this verse that resonates today: A Syrian ready to perish was my father, and he went down into Egypt.

Israel was looking back to their ancestor Jacob who at a time of famine took his family to live in Egypt where, much later, the growing family, now a Nation, would become slaves.  But the Egyptians ill-treated us and made us suffer…. we cried out to the Lord… and he heard our cry… and he brought us out of Egypt with a mighty hand…

This basket of first-fruits was a gift to God and a tangible reminder of how God keeps his promises.  As the basket was given to the priest the giver was to say: I declare today to the Lord your God that I have come to the land the Lord swore to our ancestors to give us.

This bringing of the basket of first-fruits was an act of worship; an act of recognition of what God had done and a renewal of the covenant relationship between the Lord and his people.  It was also a time for celebration.

They were instructed to place the basket before the Lord, bow down before him and then go off and enjoy what God had given them with the family, the priests and the foreigners living among them.  It was to be enjoyed and shared with others dependent on them – like the priests who had no land of their own and the homeless stranger.  But first came the reminder, the recognition that it was God who gave it and to worship him.  A perfect model for our modern Harvest Festival services.

Jesus was presented with a gift too (John 6).  A basket of five small barley loaves and two small fish – on the face of it a pathetically small offering to feed 5000 hungry mouths. Yet he did it; he took what was offered, gave thanks, and distributed to those present as much as they wanted.  And they filled twelve other baskets with the left-overs. Not just a miracle but a sign pointing to who Jesus is.

Bread is basic to sustaining life in the Middle East.  Without daily bread and water life would ebb away. The feeding the 5000 points to a gift that is never exhausted and a satisfaction that never passes away.  I am the bread of life. Whoever comes to me will never go hungry, and whoever believes in me will never be thirsty.

There are many different sorts of hunger in addition to physical hunger – acceptance, love, forgiveness, peace, purpose…  Deep down these are all a hungers for God. Our hearts are restless till we find our rest in thee. The gift this time is Jesus himself; he is what we need; he can satisfy our restless hunger and thirst.

So there we have it this morning, three gifts.  Firstly, a gift from one human being to another, a bowl of fruit that brought joy to a desperate prisoner.  Then a gift for God, an act of worship recognizing what God has done in the provision of land, seedtime and harvest.  A gift which then blesses others like the homeless stranger.  And finally, the gift of God himself in Jesus Christ:  For God so loved the world that he gave his one and only Son, that whoever believes in him shall not perish but have eternal life.

As we come to the Lord’s Table today we come together, shoulder to shoulder, remembering what Christ has done for us through his death on the Cross.  But we come not to remember a dead founder of a religion but to be fed by the One who is alive for evermore, the bread of life. If that gift doesn’t make us want to dance (in our hearts at least) what will? May it send us out to share the gift of God’s glorious rainbow-coloured love with the world.
Posted by iwp.parishmanager@gmail.com at 14:59 No comments:

The Parish Walk 2015 - with members of Chelmsford Cathedral

James Davy, Organist & Master of the Choristers writes: Thank you for inviting us - we were delighted to be there and it was a real joy to meet you all. The hospitality was so generous and everyone made us feel very welcome - please thank everyone for us. It was a really lovely social occasion as well as being a good connector between the Cathedral and some of the more distant parishes. It would be really good to bring the Cathedral Choir up for a concert sometime!

Posted by iwp.parishmanager@gmail.com at 10:55 No comments: