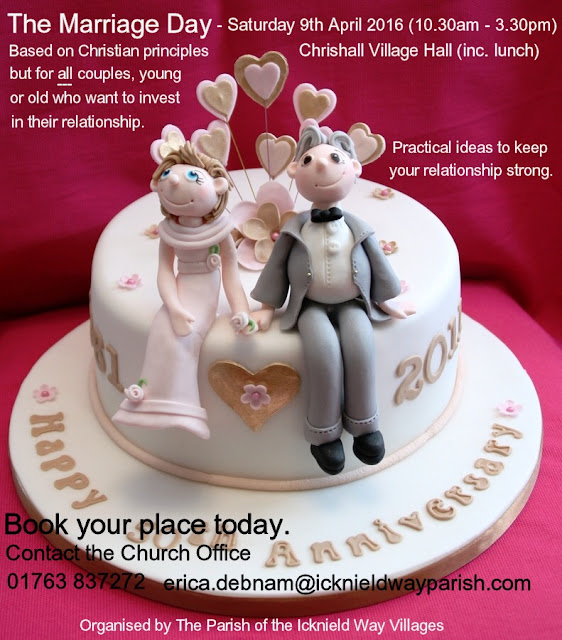 Posted by iwp.parishmanager@gmail.com at 14:27 No comments:

The vision awaits its appointed time


I’ve got a text for this sermon, from the OT prophet Habakkuk: Write the vision; make it plain on tablets, so he may run who reads it. For still the vision awaits its appointed time; it hastens to the end — it will not lie. If it seems slow, wait for it; it will surely come; it will not delay. [Habakkuk 2.2,3]


OK. But what is vision?  A vision is a picture of the future that creates passion in someone.  For example, Martin Luther King had a dream that his children would one day live in a country where they would not be judged by the colour of their skin but by the content of their character.  He was passionate about that to the extent that someone, who opposed his vision, took his life.


After many years’ exile in Babylon, the Jews were given permission to return home to rebuild their city and their lives.  Nehemiah organises the rebuilding of their walls.  Ezra brings a copy of the much neglected Law of Moses and calls the people together to hear it read aloud.   It takes a very full morning to do this but it’s a priority.  More important than the repair of the city or even the temple, was the restoration of the word of God into the hearts and minds of the people.  Ezra delivers a picture of the future that produces a passion within them - to become the renewed people of God, faithful to covenant and his Law.  As they hear the scriptures read there are both tears and laughter.  They weep over their own sins and those of their ancestors and they rejoice at God’s mercy and grace, giving a second chance, a new beginning… They discover afresh that The joy of the Lord is your strength.


This is a high point in the story.  Read on and we see that the people recognise their need for repentance: you [Lord] have remained righteous; you have acted faithfully, while we acted wickedly.  Exile was God’s judgement on them. Read on and the people pledge themselves to follow the Law of God given through Moses the servant of God and to obey carefully all the commands, regulations and decrees of the Lord. Yet read on still further and we discover that the emphasis is not on the Ten Commandments or what the prophets of the exile (like Isaiah) had majored on – justice, mercy, humility, but on the outlawing of mixed marriages, strict Sabbath observance, regular payment of Temple tax and tithes, and rendering proper offerings at proper times. It certainly wasn’t the fully orbed vision that Jesus had when he came preaching that the Kingdom of God is at hand.


In the synagogue in Nazareth, his home town, he is invited to read, and he is handed the scroll of the prophet Isaiah, the prophet at the time of the exile in Babylon.  Jesus unrolls it till he finds the place where it says ‘The Spirit of the Lord is on me, because he has anointed me to proclaim good news to the poor. He has sent me to proclaim freedom for the prisoners and recovery of sight for the blind, to set the oppressed free, to proclaim the year of the Lord’s favour.’ As he sits down he says ‘Today this scripture is fulfilled in your hearing.’  Jesus is going to gather around him ‘exiles’, outsiders - the poor, the blind, the oppressed, the have-nots, in fact anyone who catches this vision of a new way of living that’s radically different to the ways things are now. Now is the appointed time. Jesus completes the vision that Isaiah set 400 years earlier.  He paints the picture in his sermon on the mount.  It’s a portrait of those who lay aside anger and contempt; who turn their backs on cultivating lust; who don’t try to dominate others with their words, and who seek to bless those who curse them.


In the novel The Blue Mountains of China the central character is Christian preacher who paints a picture of the future for his people, a vision of a new society, based on the radical values of Christ’s kingdom.  He tells them that Jesus says in his society there is a new way for people to live:


You show wisdom by trusting people;
You handle leadership, by serving;
You handle offenders, by forgiving;
You handle money, by sharing;
You handle enemies, by loving;
And you handle violence, by suffering.
In fact, you have a new attitude toward everything, toward
everybody. Toward slaves, toward all and every single
thing. Because this is a Jesus society and you repent not
by feeling bad, but by thinking differently.


This sermon produced such a passion in Peter Price, the Bishop of Bath and Wells, that he adopted it for his diocese (minus the slaves!) – a vision of the future to run with. Write the vision; make it plain on tablets, so he may run who reads it. For still the vision awaits its appointed time; it hastens to the end — it will not lie. If it seems slow, wait for it; it will surely come; it will not delay. Will we run with the vision that Jesus has put before us?  The vision is there; it waits for us.  We the baptised people of God must run with it and put it into practice.
Posted by iwp.parishmanager@gmail.com at 10:58 No comments:

Would you like to go to a church service anywhere within the parish on Sundays but are unable to get there ???

We can now offer a lift thanks to a number of volunteers who are willing to come and collect you and take you to church with them.

Channelling elements of 2 Corinthians in a fabulous action packed, musical film!  Heroes draws on the classic themes of super heroes and villains; complete with dramatic rescue by true, everyday heroes, when good triumphs in the end!

Written and performed by the Parish Youth Group, 10 years ago, the film is still relevant today!!

Look out for local landmarks and characters who you will recognise!
There will be a prize for the first person to spot the teenage Sam Smith!

Year 5 and upwards - Arrive at 4pm
Yummy Refreshments
Donations invited to the parish charity of the year
Finish time 6.30pm

For numbers, please let the church office know if you would like to come along (837272)

Posted by iwp.parishmanager@gmail.com at 10:41 No comments: 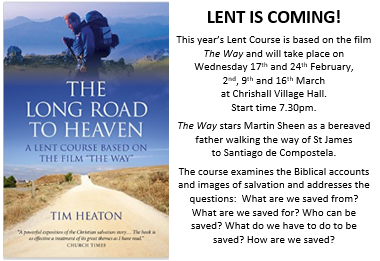 Posted by iwp.parishmanager@gmail.com at 10:37 No comments: