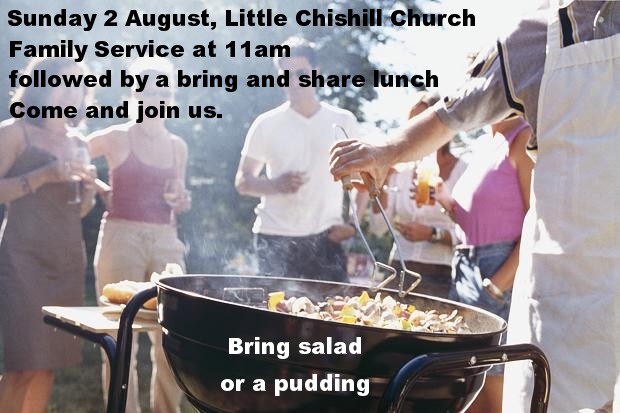 Posted by iwp.parishmanager@gmail.com at 10:47 No comments: 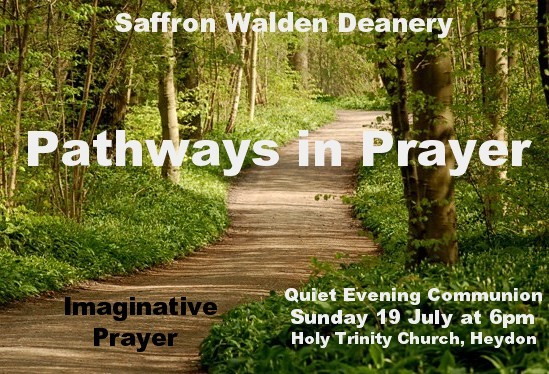 Come and join others from around the Deanery as we learn more about praying with our imagination.
Our speaker will be The Revd. Lydia Smith.

Posted by iwp.parishmanager@gmail.com at 13:28 No comments:

Amazing Knight Riders! Well, we made it, and we made it on time! We left Winchester Cathedral soon after 6pm on Saturday, with a kind and supportive message from the Dean at the end of Evensong Service. Through some stunning Hampshire scenery, we then crossed a lively Saturday Night Basingstoke unscathed. And after a (thankfully) flatter stretch through Berkshire, we arrived in Maidenhead after dark. The generosity of the manager of “Maidenhead Spice Restaurant” in serving us well after his closing time was very much appreciated. A few hours’ sleep in a modest hotel by the river was all we could spare, before breakfast at the surprisingly well-stocked co-op in the petrol station across the road, and getting the wheels turning again. The light drizzle soon cleared as we toiled along the southern edge of the Chilterns and on into Hertfordshire, finally arriving to a very warm welcome at St Swithun’s, Great Chishill in Cambridgeshire at 11.15 (with a two hymns to spare!) 128 miles/205 km (8150 calories burnt – according to Rob’s trip computer) And £3400 raised and counting... I would like to sincerely thank all of you for your generosity in supporting our appeal. Your kind donations will make a real difference in the renovation of our Church for generations to come. The appeal had set a target of £50,000 to be raised over 2 years (from Nov 2014) and we are already well on our way to being able to start some of the crucial work soon. Finally, I would especially like to thank Dan Tweedie, Dan Jenkin, and Rob Hastings, for taking up the challenge and joining me on this trip, as well as their fundraising. I would not have been able to complete it alone. It was only our combined effort that got us to the church on time (along with Rob’s malt loaf and nutella combination– the food of champions!). Thank you all again, Hubert
Posted by iwp.parishmanager@gmail.com at 10:43 No comments:

At the Hamlet Church Duddenhoe End

Tickets £10.00 each, including a Complimentary Glass of Wine & Canapés
Tickets from Kate Chambers – 01763 838754
Proceeds In Aid of the Hamlet Church

Posted by iwp.parishmanager@gmail.com at 09:41 No comments:

Mark 5.21-43; Lamentations 3.22-33
In the 1950s the science-fiction writer, Isaac Asimov, invented a world where humans had become used to being waited upon by lots of robots. A consequence of this was that humans no longer touched each other, they had developed a loathing for any kind of physical contact. They lived separate lives, in separate rooms, maintaining contact by a kind of holographic imaging. Instead of visiting each other they simply viewed each other on screens. (The Naked Sun)

If this all sounds rather far-fetched – well, I wonder. With our smart-phones, video conferencing, online shopping, and many of our new generation confining themselves to their bedrooms with social media devices – are we not well on the way to Asimov’s hell?

I hope not, because human touch is so important. The mother in the premature baby unit longs for the medical interventions to stop so that she can just cuddle her child. She knows instinctively that it will bring the reassurance, comfort and the love that is so needed for the child’s development. The bereaved widow or widower living alone will tell you that one of things they miss most is the touch of another human being. To hold their hand can mean so much.

Touch is a theme that runs through the gospel story today. Jairus says Please come and put your hands on my daughter; the woman reasons If I just touch his clothes, I will be healed; Jesus asks Who touched me?; and finally we hear He took her by the hand saying ‘Talitha koum!’

Jesus had no problems about touching people. He broke the taboos of his culture. As Princess Diana shocked many by touching people with AIDS, so Jesus shocked his people by touching the so called ‘unclean’ and, worst of all, the dead. Jesus tampered with the boundaries between what was clean and unclean, and between life and death.

Jairus was a prominent figure, locally; a leader of the synagogue. He knew Jesus was a marked man, under intense surveillance. He’d have been wise to stay well clear of Jesus. But he is desperate, so he comes on his knees pleading: ‘My little daughter is dying. Please come and put your hands on her so that she will be healed and live.’ He believes that the touch of Jesus will save his child.

Straightaway Jesus goes with him but in the crowd is a woman who has a wretched gynaecological condition. If that’s not bad enough it’s also marked her as unclean, placing her outside polite company, at the margins of society. From the anonymity of the crowd she reaches out to touch the helm of his garment in order to receive her healing. Mysteriously, Jesus knows that power has gone out of him, and that someone has been cured. Yet, he wants to know who. Overcoming her fear she comes out from the crowd and tells Jesus the whole story. Doing so she receives not just healing but reinstatement back into her community. ‘Daughter, your faith has healed you.’ Her faith has been the channel through which Jesus’ power has worked. In calling her daughter, that is a daughter of Abraham, she has become a restored member of God’s people.

But what was Jairus thinking while all this was going on? Jesus seems to have all the time in the world but My little daughter is dying. And what did he feel when it was said ‘Your daughter is dead, why bother the teacher anymore?’ What crushing news! But somehow Jairus has the faith to keep walking when Jesus says Don’t be afraid; just believe.’ It was important to Jesus to deal with the woman in public. Now with this distraught husband and wife it’s going to be in private; the mourners are excluded, only Peter, James and John are allowed in. Jesus takes the girls hand in his and says Talitha koum! The gospel is written in Greek, this is Aramaic. The only conceivable reason for including the Aramaic is that this is exactly what Peter, James and John heard him say, and it made such an impression on them they wanted us to hear it too. Talitha koum! Little girl, it’s time to get up! Immediately the girl stood up and began to walk around and everybody was astonished. Then Mark tells us that she was 12 years old. No doubt she was but this also links her to the woman who has been bleeding for 12 years.

Mark could have told their two stories separately. Jesus healed a woman and then raised a dead child to life. We would have lost a lot if he had – for they belong together. Both stories are about fear and faith. The woman has been excluded from her community for 12 years. She is fearful of being seen. In desperation and in faith she reaches through the crowd to touch the helm of Jesus’ robe. When Jesus asks “Who touched me?”’ she overcomes her fear and kneels before him. Her life can begin again. Jesus brings healing to a grief-stricken family by bringing the dead child to life. Jairus overcomes his fears and seeks Jesus’ help; he finds, in Jesus, the faith to keep on walking with him when told the news ‘Your daughter is dead.

These two interwoven stories make a great imaginative exercise. In your imagination take time to stand in the crowd watching the events unfold. Then identity with one of the characters. How does it feel? Imagine speaking to Jesus; what do you want to say; does Jesus speak to you? Ask yourself: what do I want Jesus to do for me? Is there any fear that is preventing me from kneeling before him, telling him the whole story, and seeking his healing touch? What does Jesus, the source of all love and forgiveness, say to you? Turn all this into prayer asking that fear may be turned into faith.

And always remember that: The steadfast love of the Lord never ceases, his mercies never come to an end; they are new every morning; great is your faithfulness
Posted by iwp.parishmanager@gmail.com at 12:29 No comments: